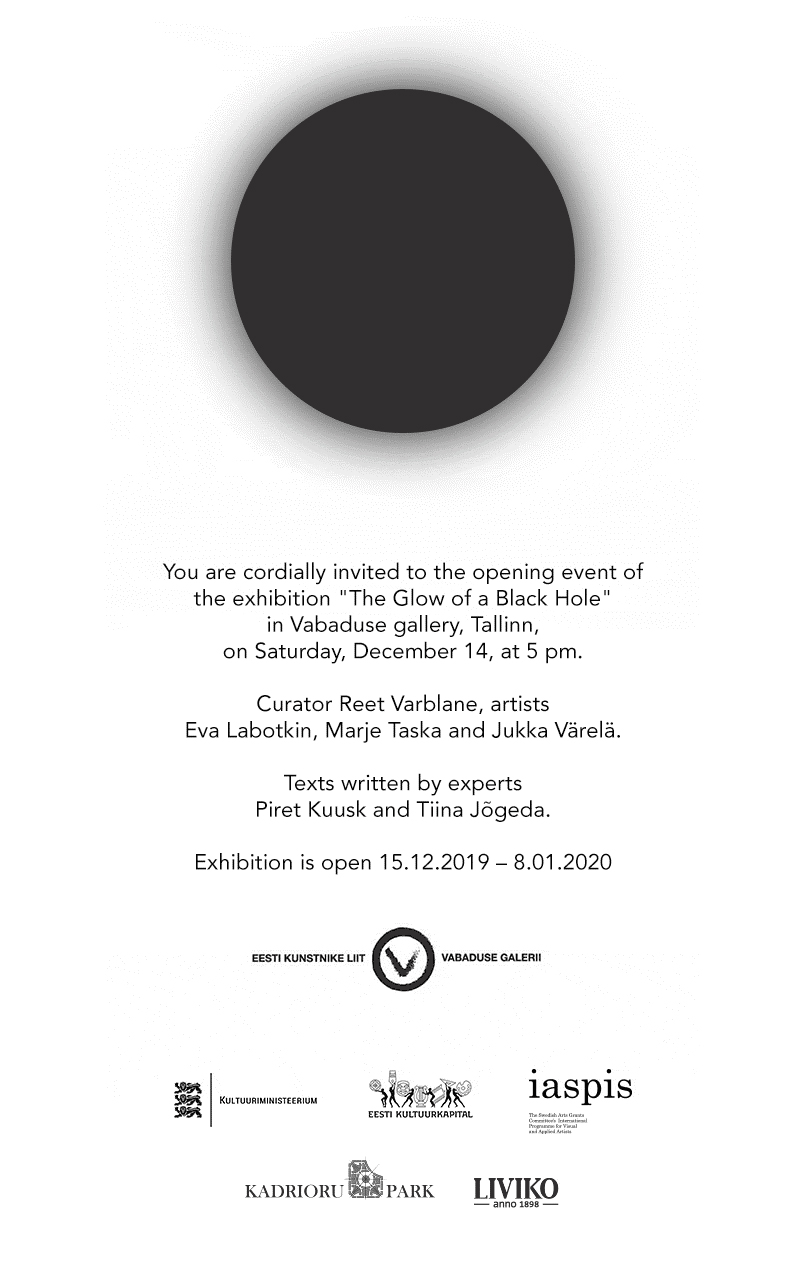 ”The Glow of the Black Hole” in Vabaduse gallery Tallinn.

Stephen Hawking ended his lecture at Stockholm University in 2015 in a hopeful tone. To paraphrase him: ”Black holes are not as black as they are painted out to be. If you feel as though you’ve fallen into a black hole don’t give up. There’s a way out.”

According to several scientists, black holes could be doorways to other universes.

This is the guiding principle in Marje Taska’s video and graphic art pieces. The object by Jukka Värelä can also be viewed as an illustration of the abovementioned theory.

The current discussion on black holes does not only stand out in cosmology, but has also been increasingly used as a signifier of psychic condition. Falling into a so-called black hole, especially when living with chronic diseases, depression and addiction problems, has become a daily reality for many of us.

The black hole is not directly depicted in Eva Labotkin’s photos, but rather emerges as an edge or a glow – a metaphor among which meanings there is also a way out.